The topic of NeTWork’s 2000 workshop was Safety regulation: new technology and new frontiers. The workshop was held from June 8th to 10th in Bad Homburg, Germany.

Context of the workshop

Since the 1970s, safety regulation has gone through a revolution. The traditional approach of producing detailed technology-specific regulations has been largely abandoned in many countries, particularly those in north-west Europe and the countries of the Anglo-Saxon tradition, in favor of generic frameworks of objectives. These are intended to provide legal objectives and criteria which are independent of technology, time, and country. Even at this level of abstraction, however, there have been many problems in attempting to harmonize regulation across traditionally separate technologies: such as from the process to the transport industries; from manufacturing to services such as health care, or primary industries such as food production; and from well-established to new industries and risk areas such as genetic manipulation or the burgeoning information technologies.

Substituting goal-directed for rule-based regulation also places the regulator under far greater pressures and demands. Instead of being able to check for compliance against relatively straightforward rules, he has to evaluate much more complex proof that activities are “acceptably safe” or risks are “as low as reasonably achievable”. This demand is yet greater when the proof has to be given in areas where technology is advancing rapidly and even R&D scientists do not know all of its potential advantages and drawbacks. The precautionary principle has been defined to respond to such issues, but is it practicable?

In many areas the response to removal of detailed rules from statutory regulation has been to reintroduce them into subsidiary rules, such as codes of practice, guidance and (inter)national standards. This approach is also discernible in areas new to regulation, such as safety management systems. What do we gain from this? How does this interact with the issue of public trust in the regulator and the regulations? In the area of biotechnology and food safety, this has been a problem recently.

The quality of regulatory staff needs to match these high demands, presenting problems for recruitment, training and retention of staff. There are also difficult issues related to the asymmetry of information between the regulator and the regulated and the relationship and communication between them. Is the role of the regulator advisory, inquisitorial, punitive, prescriptive, proactive, reactive, or what combination of these in relation to what characteristics of the technology, industry and organization to be regulated? How independent can and should the regulator be from the technology being regulated?

Each country, industry and technology has its own experience in this broad field. There are few agreed and accepted paradigms about how regulators and regulated should interact in the field of risk regulation. The workshop aimed to bring together researchers and practitioners from a wide range of these areas, with a particular emphasis on new and rapidly developing technologies such as transport, health care, food and information-communication-technology (ICT). The aim was not to focus on the regulations, but on the regulators and their interaction with the regulated. Participants were looking for evidence of success and failure, and more fundamentally the criteria against which we should be measuring success and failure. 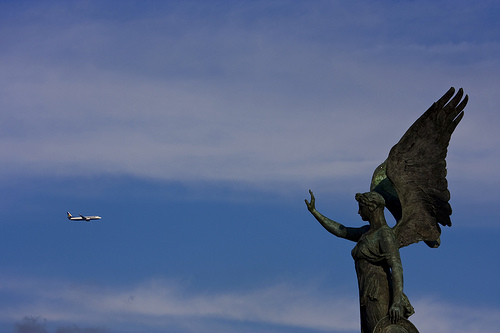 Open questions discussed in the workshop:

The papers presented during the 2000 workshop, and the ensuing discussion, led to the publication of a book titled Changing Regulation — Controlling risks in society.