How desirable and avoidable is proceduralization of safety?

The topic of NeTWork’s 2010 workshop was How desirable and avoidable is proceduralization of safety? The workshop was held from December 9th to 11th in the Abbeye de Soreze, in southern France. 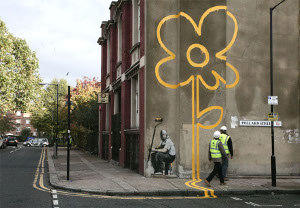 Rules and procedures are key features for a modern organization to function. It is no surprise to see them to be paramount in safety management. As some sociologists argue, routine and rule following is not always socially resented. It can bring people comfort and reduce anxieties of newness and uncertainty. Facing constant unexpected events entails fatigue and exhaustion. There is also no doubt that proceduralization and documented activities have brought progress, avoided recurrent mistakes and allowed for “best practices” to be adopted. However, it seems that the exclusive and intensive use of procedures today is in fact a threat to new progress in safety. There is an urgent need to consider this issue because there is doubt that the path chosen by many hazardous industries and activities is the most effective, safety wise, considering the safety level achieved today. As soon as safety is involved, there seems to be an irresistible push towards a wider scope of norms, procedures and processes, whatever the context implied.

The activities we discuss here are all hazardous, usually highly regulated.

What do we mean by proceduralization? We believe it means two things: firstly an aim at defining precise and quantified safety objectives; secondly an aim at defining a process to achieve such objectives. It doesn’t necessarily mean that the two aspects are always combined, nor always consistent, which makes the question a real issue.

There is an urgent need to assess this question and address this issue because there is doubt that the chosen path worldwide by many hazardous industries and activities is the most efficient, safety-wise. As soon as safety is involved, there seems to be an irresistible push towards a wider scope of norms, procedures and processes, whatever the context — limited number of players under the regulator scope, such as the French nuclear industry or huge number of players with a variety of profiles under the same regulator, as in aviation. Areas where procedures, processes or even regulation would conceptually sound out of place are starting to be embraced by proceduralization in the name of safety (consider for instance, safety culture aspects).

The story of proceduralization

The scope of proceduralization has not always been as broad as today. Over the last 30 years, the historical record shows successive steps of proceduralization. It started with performance of technical systems (quantified safety objectives), continued with human reliability aspects (integration of Human Reliability Analysis into PSA/SSA), then extended to organizational factors and safety culture, encapsulated in Safety Management Systems at the end of the 1990s. We moved from a certification from a safety point of view of technical systems, to socio-technical systems, and are now in the process of certifying organizations including their cultures. Depending on the target, the nature of the procedure or regulation varies.

As far as frontline operators were concerned, procedures mainly described step by step what they were supposed to do (sometimes not even mentioning the goal pursued) through sequences of basic actions. At the level of departments or divisions, safety proceduralization translated mainly into processes whenever frontline proceduralization showed its limits. With the obvious limits of this approach, for many industries and actors, the time has come now to impose new types of regulations on companies, for example through safety management system regulations.

Historically, to put it bluntly, proceduralization is the response to flaws identified through accident investigation and analysis. It is also the only response that makes sense in a world where beliefs on safety are based on a model considering that safety results come from reliable equipment, good procedures and processes, good operators and organizations strictly complying with them.

The scope of public oversight grew together with these successive proceduralization areas. Regulatory bodies have progressively extended their fields of competence along these lines, but oftentimes lack operational knowledge and experience. Hence, promoting procedures and processes made their case easier.

What pushed safety in such direction?

Although it is well documented that procedures do not guarantee safe performance, they are still the preferred response to safety enhancement. Could one of the reasons of the proceduralization trend be the conditions under which safety oversight can be performed? It is easier to audit and assess deviations from procedures or processes than to understand the social construction of safety on a case-by-case basis and assess it. The distributed sensemaking activities that take place daily in order for actors adequately to respond to uncertainties, increases in their workload, new maintenance activities, and a new business environment are left unaccounted for (Roe and Schulman, 2008; Van Fenema, 2005). The real conditions under which safety is produced, maintained, enhanced, enforced, supported or disturbed, ruined, and further destroyed are left in limbo.

Could another reason be liability? Experience shows that compliance with procedures and liability are closely interrelated. Can at some point liability override safety considerations, even unconsciously?

Could the influence of quality approaches such as total quality management be another natural explanation?

How far did we go too far?

If we stand back from this evolution, what is striking is the evolution on the “objects” that are proceduralized. The scope is wider and wider and covers more and more areas. Is this the right move to actually enhance safety or are we fooling ourselves through this illusion?

An ambiguous and ubiquitous concept. One of the current targets of proceduralization is safety culture. Is this due to a lack of convincing evidence of the benefits of the concept itself? What have we really learned from the safety culture notion and practices (for example: Crew Resource Management policies have lately been under criticism)? Can we consider that safety culture is an easy target for normalization because it did not deliver so far, or does it constitute a real way forward? Are we facing the last chance to include safety culture aspects seriously, even imperfectly, or is it the programmed death of cultural dimensions of safety management?

What sense does it make to try to proceduralize culture? At this stage, it conveys an underlying assumption that there is a universal best culture that every organization should develop and comply with. For example, the High Reliability Organization project and early inspiration (La Porte, Rochlin, Roberts, Schulman) has progressively become a label (to the astonishment of its founders, Rochlin, 1993), that every high-hazard organization should implement (Bourrier, 2009).

Is it really possible to disentangle safety management from management per se?

Is the very concept of proceduralization the adequate one to enhance safety?

So far, whenever proceduralization at one level of the organization failed to deliver expected results in terms of safety, the reaction was to try to proceduralize the next level. Indeed, the successive moves to enhance safety mainly consisted in proceduralizing larger and larger “units” within companies and ultimately, a whole activity across companies (e.g. air transport), from front-line operators with procedures, to departments or divisions with processes, and eventually activities themselves with SMS regulatory requirements. However, the concept that presided over these successive steps remained the same: proceduralization.

This evolution and the insufficient results it has delivered raise the following question: is failure of proceduralization a matter of relevance of the “unit” to which it applies or is it unavoidably linked to the very concept of proceduralization itself? In other words, is proceduralization the right way forward to enhance safety, or would alternative approaches be more efficient?

Any alternative needs to be considered from a variety of perspectives. It must not only theoretically allow improvements to safety, but also allow practical implementation.

Attempts to follow alternative paths are few. Among them is self-regulation. However, despite the numerous efforts to have industries self-regulate themselves, it seems today that this attempt was vain. Self-regulation has not delivered as much as it was hoped.

Reaching beyond proceduralization raises a number of issues:

The book Trapping Safety into Rules: How Desirable or Avoidable is Proceduralization?, edited by Corinne Bieder (Airbus, France) and Mathilde Bourrier (University of Geneva, Switzerland), was published in February 2013 by CRC Press. ISBN: 978-1-4094-5226-3.

A research report Management of safety rules and procedures — review of the literature published in 2012 by IOSH, by A. Hale, D. Borys and D. Else was partly based on discussion during the 2010 workshop. The project also produced some guidance for businesses to help them make their safety rules more effective and efficient, available at the same location.